Found in the 6 earliest extant Qur’ans

Where we plan to go…

Areas we will observe 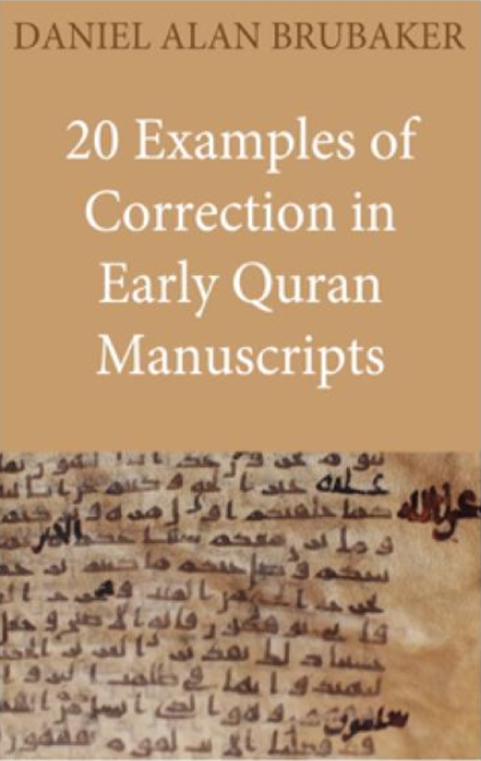 Highlighting just 20 out of a total of 4,000 he has now uncovered

Areas we will observe

Either to restore a portion of text that has faded with time, or to change the text entirely

Writing added into the text over the top of tape 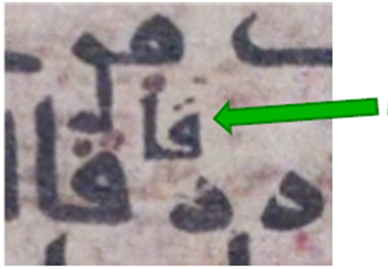 The verse in the Topkapı used to say: “as a provision. ‘If only we had been provided with this before’”

Now it says: “as a provision. They said, ‘This is that with which we were provided before.’”

The new word is: رِّزْقًا

A provision has been added to the text, to make it conform to the current 1924 Hafs text.

Note the insertion on the far right, 3rd line

The verse in the Topkapı now includes “that surely Allah”

“That surely Allah” has been added to the text, to make it conform to the current 1924 Hafs text.

Note the insertion on the far left, 2nd line The verse in the Topkapı 1st said: ‘Allah will forgive you’

Now it says: “Allah will forgive you your (mp) sins”

“your (mp) sins” has been added to the text, to make it conform to the current 1924 Hafs text.

Insertion in the Topkapı*

Note the vowelization on the inserted words 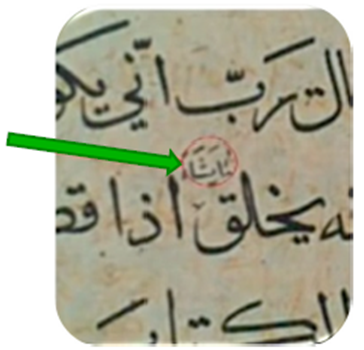 The verse in the Topkapı reads “Thus Allah creates. When he decrees a matter...”

In the 15th century, someone added ‘what he wills’ [ma yashaa] with all the vowels that are missing from the text around it. Making it agree with the standard 1924 Hafs text today

Note the insertion in the middle, 2nd line 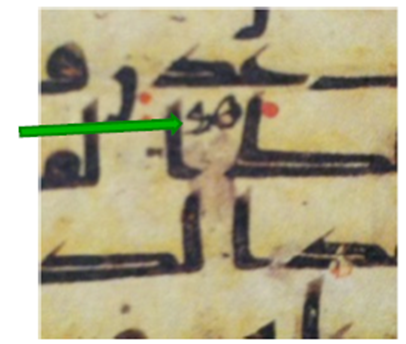 Insertion: in the Topkapı Mushaf

Note that it could be a ‘nun’ 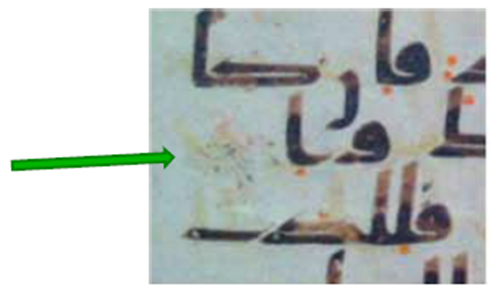 The verse in the Topkapı used to read “and are they siblings?”

Possibly a ‘nun’ was erased

Here is an example of someone erasing a previous text to conform to the 1924 text. We cannot know for sure what they erased

Erasure overwritten in the Topkapı The verse in the Topkapı now reads “he said, to each is a double...”

Here is an example of someone erasing a previous text, and then writing the current text over top. We cannot know what they erased

Erasure: in the Topkapı Mushaf

•       Unfortunately, we will never know what the word was which was erased….

Overwriting without Erasure in the Topkapı

“They” in the text is written over top replacing something which is not discernible. Because of the change it now agrees with the 1924 Qur’an.

Note the coverings over the text (see the blue arrows to the right), signifying hiding, or censoring the original written text so that it now corresponds with the 1924 Hafs text. Covering in the Al-Husseini Cairo Manuscript

It now covers something between the words “so eat” and “until”.

What was originally covered in the area which now reads “and drink,” we will never know. But whatever it was, it is not in the Qur’an Muslims read today.

Covering in the Al-Husseini Cairo Manuscript Phrases (which are in the 1924 Qur’an) covered in the al-Husseini are “drive them out from where,” “and if they fight you,” “then you kill them,” “and if they desist,” “forgiving,” “merciful,” “the religion belongs to Allah,” “enmity” and “in the mouth”.

What was originally covered? We will never know. Why was this portion of text censored?

s3:161 – That, which in the modern edition which Muslims use, reads “he brings” and “judgement”, is covered here – Thus, censored. Why?

Erasure: in the Al Husaini 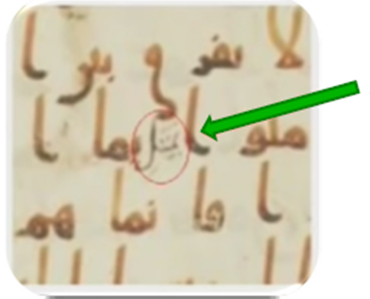 The verse in the Arabe 331 reads “If they believe in that which you have believed...”

Later insertion ‘similarly’ [bimithli] is a different color, with dots and vowel soundings. Unlike the earlier text, it now conforms to the standard text. Yet, some texts today (Mas’ud & Ubayy) still do not include this insertion. 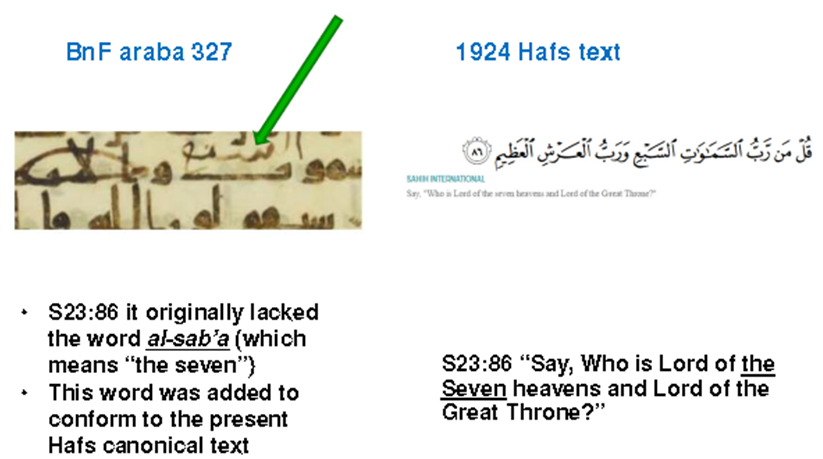 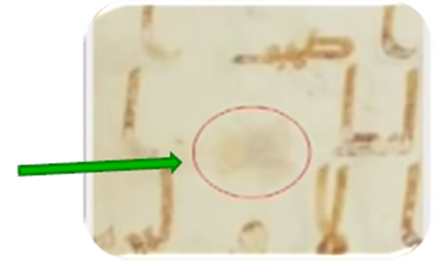 However, the ’they’ [hum] has been rubbed out to conform to the standard Hafs canonical text

s3:104, there is a combination of letters that do not make sense written over some text, which, in the modern 1924 Quran, reads “the commanding”

Erasure in the Sana’a Mushaf

Insertion: in the Sana’a Mushaf

What do these thousands of Consonantal corrections mean?

•            Does this not also suggest human intervention and manipulation of the Qur’anic text over the centuries?