[I] THE LATE DIACRITICAL VARIANTS

-          These are the letters without any vowelization 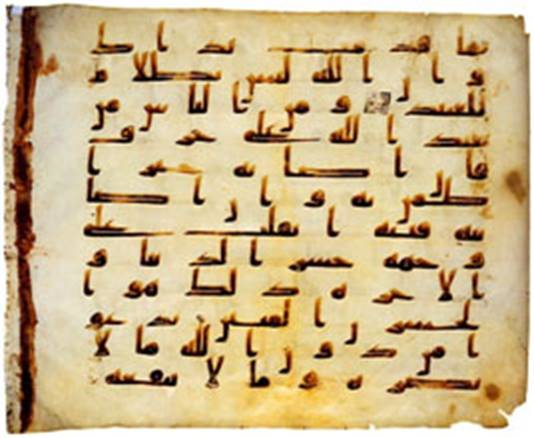 An example of early RASM 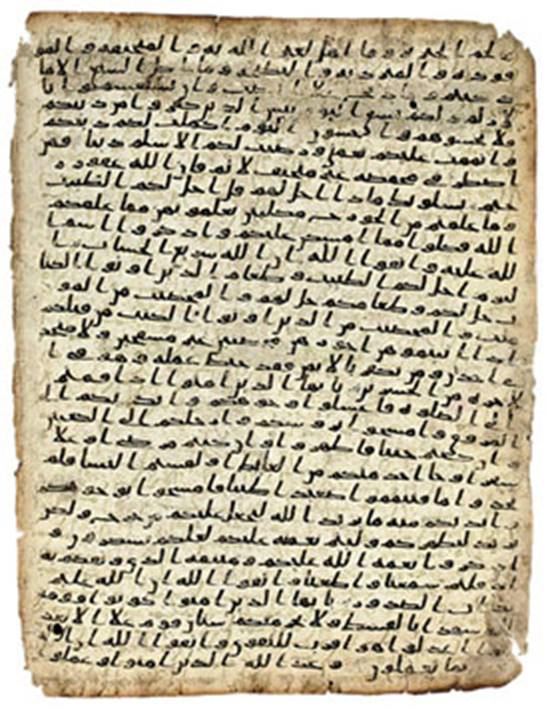 Notice: There are no diacritical marks, and no vowelization

ANOTHER EXAMPLE OF EARLY RASM

Note: In this text (The Topkap? Manuscript – 749 AD) you can see the beginnings of diacritical marks 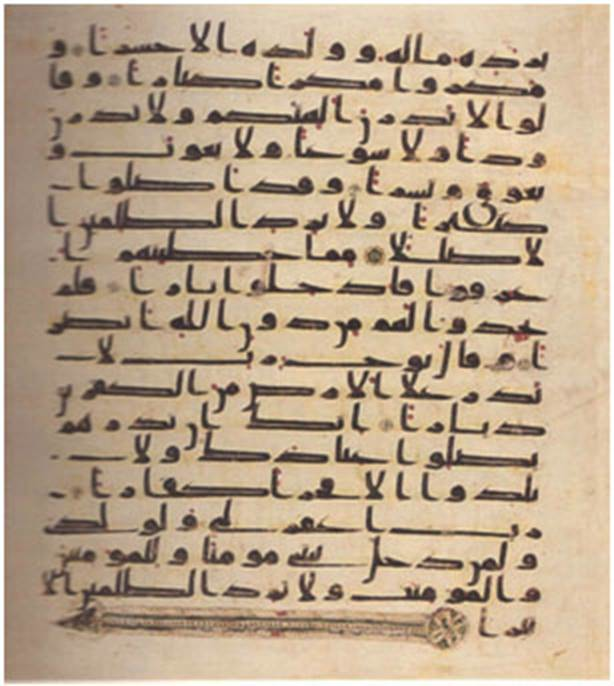 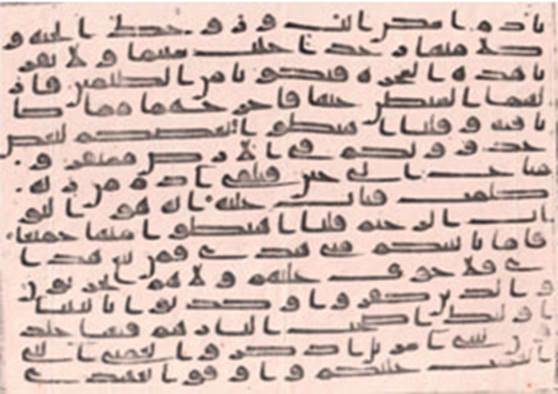 Notice: Ali’s Qur’an (according to Tradition)

So, why were diacritical marks and vowels needed? Let us see…

28 Arabic letters without dots in the 7th century 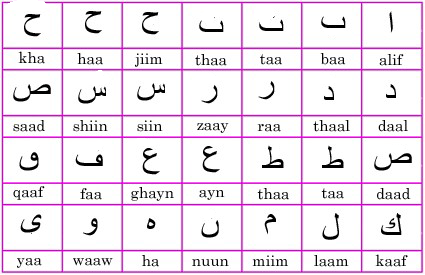 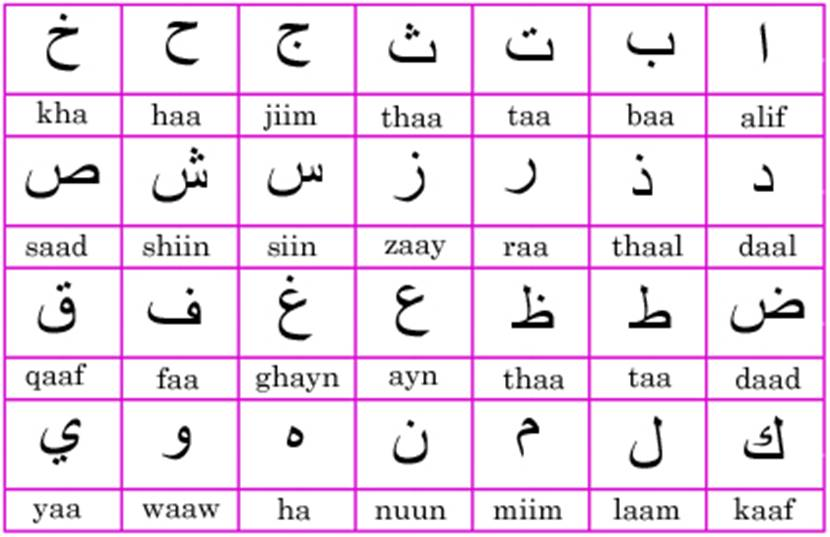 Take for example a smiley face:

Now when we put them all together…

You can get five different letters with the same smiley face, depending on how many of the five dots you use (and where)!

What about in a simple word? 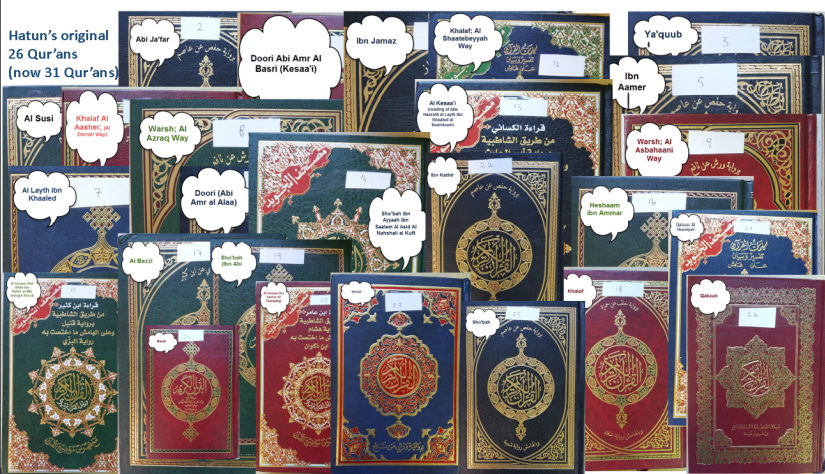 Note the authors, the dates, & the variant numbers 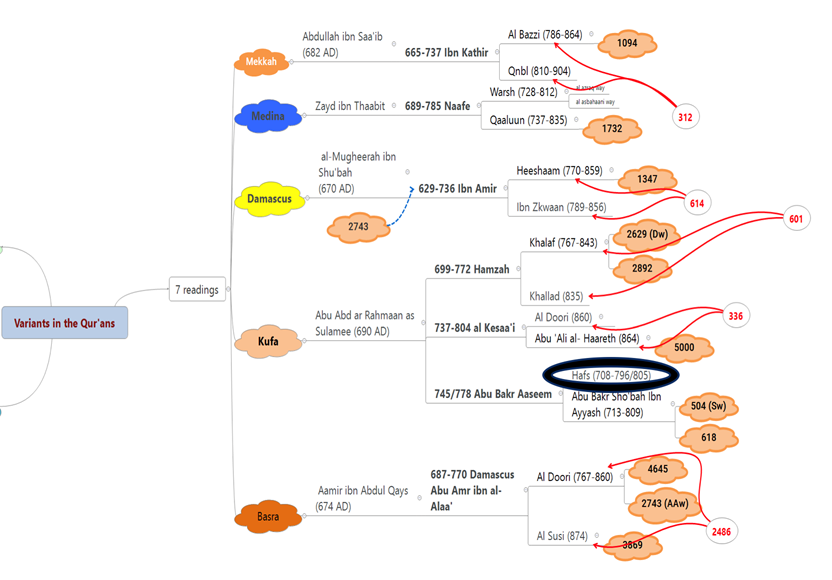 ‧       The others had thousands of variants, from that of ‘Hafs’

Significance: Who forgives sin? Is it ‘we’ [god?], or are they arbitrarily forgiven?

Significance: Who knows better than Allah, you or the others?

Significance: So, is drinking wine and gambling a great sin, or plenty of sin?

* Can we (either this is Allah plural, or humans) do what is reserved for Allah alone?

Significance: Did Allah put Zachariya in charge of Mary, or did Zachariya take charge himself? * Is the action here done by Allah, or by Zachariya?

Significance: Do believers TEACH THE BOOK, or do they simply KNOW THE BOOK?

* Many people can KNOW a book, but are not capable of TEACHING it.

Significance: Up to now the verses are all using THEY, but Warsh changes it to YOU?

* Is this a PLURAL form or a 2nd MASCULINE SINGULAR form – who seeks & returns?

Significance: Did the Prophets simply FIGHT, or were they KILLED?

* If I were a prophet, I would rather FIGHT, than be KILLED, as the former survives.

*The singular Hafs WORD doesn’t agree with the plural form in the 2nd sentence!

Significance: Does the wind BEAR GOOD NEWS, or does it SCATTER rain clouds?

* It seems the wind has two completely different functions here?

Significance: Does Moses have MANY MESSAGES from Allah, or just ONE MESSAGE?

* Problem of confusing the plural and singular tenses.

Significance: Does Allah FORGIVE OUR SINS, or ARE THEY AUTOMATICALLY FORGIVEN?

* Who forgives sins, Allah or another source?

Significance: Will the hypocrites be forgiven & punished or were they forgiven?

*It looks like a student completely changed the tense later on, suggesting later tampering.

Significance: Is revelation to a man the work of a magician, or a work of magic?

*There’s a confusion concerning whether it is a man or an action happening here.

Problem: Will the companion find a better place or a place better than two others?

* Who are the two others (in Warsh) of whom he will be better?

Significance: Does only Elias or his whole family get blessed?

*I am sure his family would like to know, would not you?

Problem: Are there 3 listed slaves of Allah, or just one?

* I am afraid Al Bazzi does not know how to count.

Problem-1: Are the angels slaves of Allah, or simply in the presence of Allah?

Problem-2: Is it the slaves, or those in Allah’s presence, who will be made females?

*If I were an angel, I would prefer being in God’s presence, than his slave.

*If I were an angel, I would prefer if only the slaves were made females thank-you.

Problem: Are men supposed to do good or be beautiful to their parents?

*As a parent, I would prefer my son to be good, rather than be good looking.

Significance: Are we rewarded for being killed, or simply fighting?

*Given the choice I would prefer simply fighting to being killed!

Problem: Do we verify a bad person’s news, or stand firm?

*Verifying news is more practical than just standing still and doing nothing.

Problem: Are we Christians the worst creatures, or are we innocent?

*What are innocent Christians, Jews, and polytheists doing in hell?

Hatun has found 31 out of 37 possible Qira’at collections

‧            Many of these differences not only change the text, but in some cases even change the theology, so they are not trivial, as Muslims like to contend

‧            Yet, these are not the only variants…there are even more damaging Consonantal variants, which we will now look at